TI6 winners Wings Gaming is no more as the Dota 2 roster part ways following a bad deal from the organization that cost them almost $3 Million.

Wings Gaming Company according to the weibo post, failed to recover through their League of Legends franchise. This ultimately cost the organization around $3 Million is total. To cover up from the loss, the organization were forced seek alternative measures. 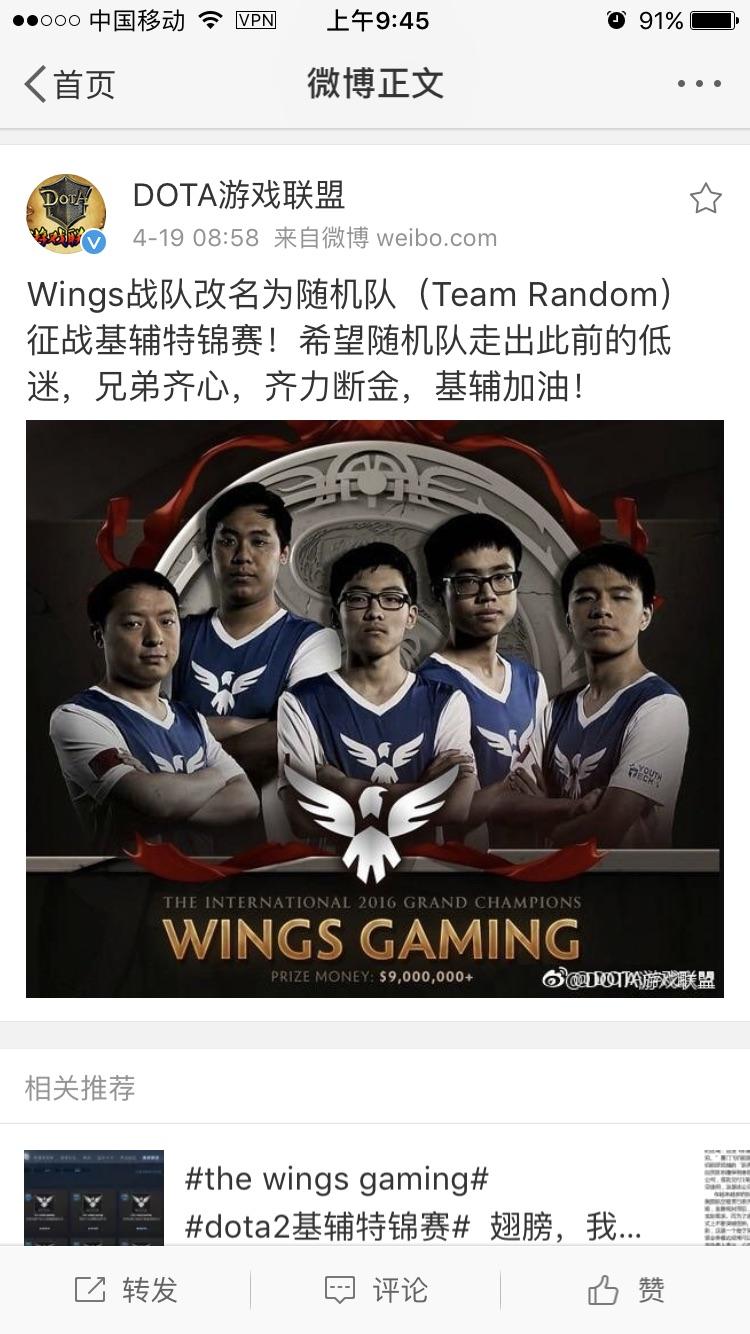 Based on some reports, the Chinese Dota 2 organization heavily invested in a League of legends team. However, the amount invested quickly ended up in smoke with little or no recovery.

As based on a reddit comment, the organization were demanding a 40% cut from the team winnings which eventually saw the entire Dota 2 roster leaving.

As of now, the Dota 2 group will be playing under the Team Random banner with an official statement awaited in this regards. Our opinion in this regards is that the Dota 2 roster has made themselves distant from the organization on their own. Most likely, all this had been in the making for quite some time since this huge loss can’t be made overnight. Wings Gaming were in great pressure seeing the fall of their LOL project which in turn was putting more pressure on the Dota 2 roster. The loss was a mistake on the owner’s side and the Dota 2 roster saw this as a good opportunity to finally cut ties. However, until an official announcement we are still not ready to come to a final conclusion to the report.

Team Random roster is as follows;

Stay tuned for more updates in this regards;