How to Get Rid of Lag

You know why you ended up on this page and hope the question of how to get rid of lag gets answered once and for all. The fact of the matter is that although, it’s a simple question the actual solutions to it vary for every player. This is what makes the term ‘lag’ complex on the whole and the way it is addressed differs quite a lot from the other.

How to Get Rid of Lag

We will try to give you all the necessary details and workarounds that you might find helpful and in turn, allow you to get rid of lag for good. The solutions on how to get rid of lag are therefore divided into steps which will better enlighten you with the different aspects that might be leading to lag in your game.

Well, one good way to get rid of lag is to first make sure that your computer specifications are capable enough to run the game that you wish to play. You probably have seen this recommendation a lot of times since almost everyone puts emphasis on having the best possible computer specifications there are in the market. We, however, won’t recommend you to go out of the budget but you know it quite well that gaming doesn’t come cheap.

Having a mediocre GPU along with a capable processor and RAM is strongly recommended to run the games of today’s era. This will you will be able to play almost any game that you desire. Even if it doesn’t run in optimum settings we will later discuss how you can tweak many in-game settings to give you the best possible results.

Here are the most feasible PC settings that we at Kill Ping recommend you to have which will most likely help you get rid of lag if it was due to your computer specifications. 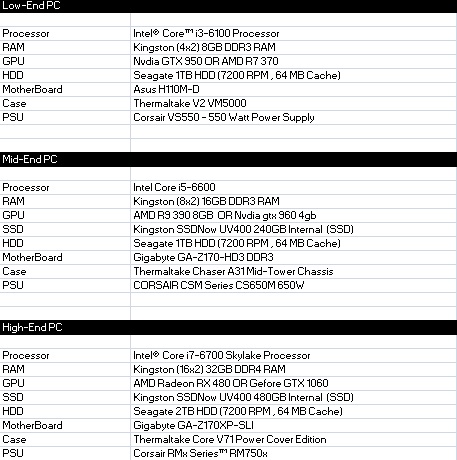 No matter what game you play there are some minimum requirements as well as optimum settings that the game developers recommend you to have. In the current era of online gaming where new technologies are enhancing the gaming experience rapidly, keeping up with the latest hardware gets tough. We have, however, researched a lot of games and sorted out the best possible settings that would be good for your eye while not putting a burden on your computer. 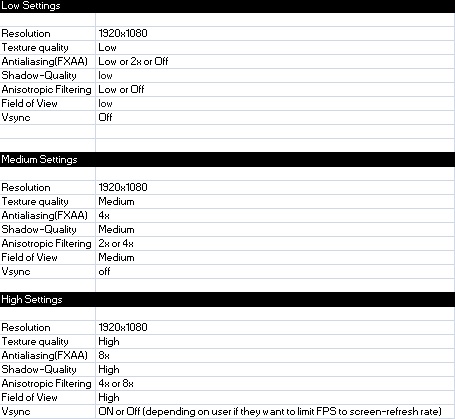 Your search on how to get rid of lag won’t come to an end until and unless you do something about those updates and anti-viruses that are leeching your network and computer cores without you even knowing.

Probably everyone has updated his/her computer to Windows 10 which although is quite better than the predecessors comes with an unbearable problem of regular updates. Yeah, it’s good that Windows 10 keeps itself updated to the latest which in turn provides a much smoother experience to users along with keeping them away from harm’s way. However, these regular updates in the lives of a game are nothing but a misery.

These updates turn themselves on during a game will greatly sabotage the performance of your computer and if you are playing in online, the outcome is just pure hell. Turn these updates off ASAP and you will surely see a positive difference. Check for these updates manually whenever you are not ‘gaming’ so that you won’t get troubled. If you are unsure how to turn off updates, you can check our separate guide on how to stop lagging in Windows 10. You will be able to find different workarounds that will help you get the better experience on the operating system.

It’s something similar to the things mentioned above but we would like to give you a brief as to why Malware and Firewall settings can cause lag in games.

Viruses and Malware if creep into your computer, can intensely decline the performance output of your computer. Apart from the general security risks, these viruses leech onto the network and you end up wondering if it’s your internet connection that is the reason behind the lag. Run a security check every once in a month to stay safe from such threats. How To Fix Lag

At times, the network adapter isn’t performing up to the mark due to which you would face lag in a game. A good way on how to get rid of lag is by upgrading your network. If you do not wish to do so, one way to bring the adapter back into working condition is by taking it out from the computer and put it under a blower for about 10-15 seconds. You should also clean the actual teeth with a toothbrush to wipe out any gunk from the adapter. Today is the world of online gaming. Almost every game that is being released is focused on connecting gamers from around the world. This, however, leads to game developers deploying game servers in locations that will cater needs for the largest of populations. The drawback of this is that players that are generally distant from such game servers tend to get high ping when playing online which in turn leads to lag. This is just the way internet works and a manual workaround to the aspect doesn’t seem possible. Kill Ping, however, helps you in this regards by providing you a more optimized route to the game server which will eventually reduce ping times and help you get rid of lag. A pictorial representation of this can be seen below. If you are one of those unlucky gamers who are frustrated by such problems then the best thing you can do to get rid of the trouble is by using Kill Ping. The application through its intelligence allows data routes that are much feasible and create the shortest distance possible between a computer and the game server. The results are obviously satisfactory. You can try it yourself and see a difference in your online gameplay once you get yourself geared up with Kill Ping. We are positive that you will get rid of lag once and for all.

Hopefully, the aspects defined above will answer the question you came here seeking. Tell us how effective this guide has been and how much betterment Kill Ping has been able to bring to your online games. If you haven’t used Kill Ping yet, we recommend you to do so know as we know you won’t think of going back.