How To Reduce Lag In Heroes And Generals

Heroes and Generals lag is a common phenomenon that is faced by thousands of its players around the world. To solve the problem, we have compiled a list of things that will definitely ease the pain for you.

The game, even in the beta stages faced lag troubles and as of now, although the issue is solved for some it still remains a major problem for many

Heroes and Generals needs renaming to “Germans and Lag”

These lag issues on heroes and generals… wow

Far too much lag to play heroes and generals. (Sigh)

Kill Ping as part of providing a lag-free gaming experience to online gamers around the world did a lot of research and compiled a few tricks that can help you reduce lag on your side. While the ultimate solution to save yourself from Heroes and Generals lag would be through the use of Kill Ping, we also recommend you to follow the steps to solve the problem if it was at your end.

The game is developed by the ones who created the Hitman Series so obviously, you can expect it to be a huge load over your computer if it is not up to the mark. To make sure, let’s look at the minimum system specifications that are required to run Heroes and Generals in a smooth manner. 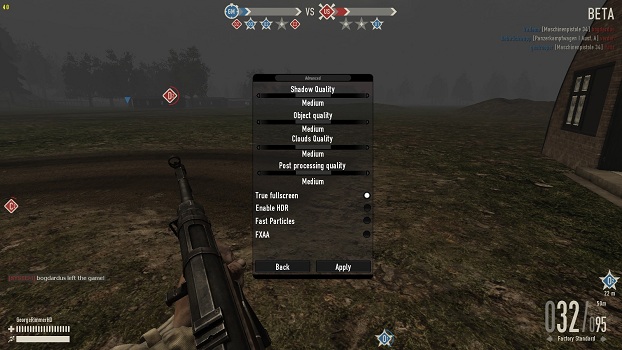 Although a bit of difficult thing to do, if however, you are facing FPS drops in the game then you might wanna try doing the things mentioned below.

One effective way of improving your FPS is by forcing it through some settings. To do this, you first need to activate your console for the game, This is done by opening the Client.ini file located in the Heroes and Generals folder. The default location for which is as below;

Open the file via notepad and add the following parameter to the file: 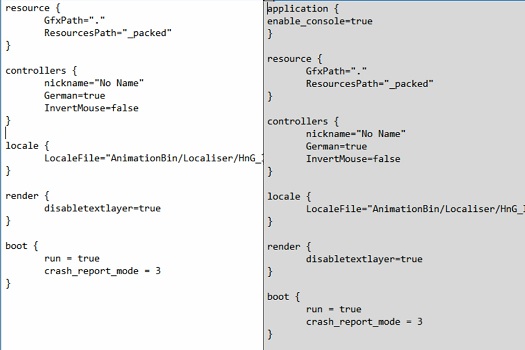 Once done, save the file and start the game. Now you will be able to open up the console via the tilde key “`” on your keyboard. You can also set a button for it in the settings.

If all things are done perfectly, you will be able to see the console in the game where you have to enter the following command

Press Enter and you will get the least possible graphical settings for the game. Below, you will find a pictorial difference between the graphics before and after the command. Do note that you will greatly be able to increase your FPS via the command. 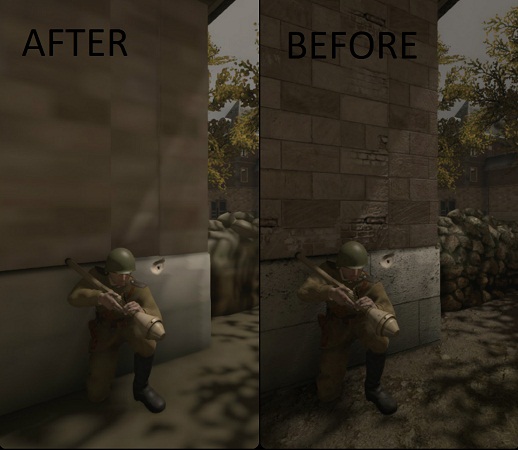 Obviously, the catch is the edgy graphics for the game but it’s better that way rather than facing Heroes and Generals lag.

While there are some things one can do personally to solve Heroes and Generals lag, there are some limitations as well. These limitations are related to network conditions, distant game servers as well as poor routing algorithms which prevent a smooth game connection between a player and the game server. This eventually results in lag which pretty much seems unsolvable.

However, something that is dedicated to solve such issues is put in place, the effects of it are far better. This is exactly what Kill Ping’s lag reducing application does by solving all the network related problems mentioned above.

Having dedicated servers specifically placed in key locations around the world, Kill Ping makes sure that game data is being sent via a private router that is free from data congestion and traffic.

Furthermore, through effective routing algorithms, Kill Ping also makes sure that game data is being transferred from the gamer to the game server through the shortest possible path thereby reducing ping times and eventually the delay/lag.

Here’s a pictorial representation to show you what is meant. 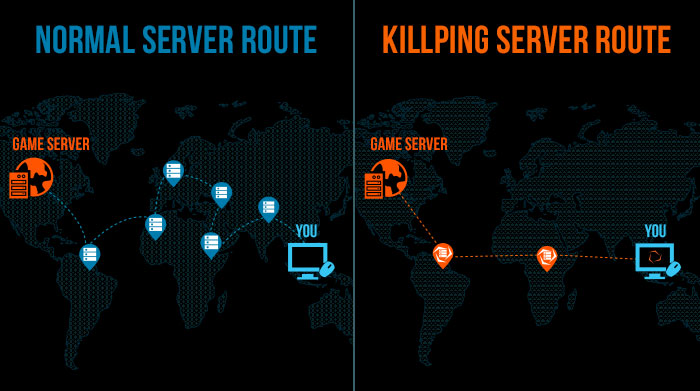 So if you have tried all in your powers and still haven’t been able to solve Heroes and General lag then it’s time for you to try Kill Ping and save yourself from the trouble once and for all.