There are a lot of players around the world that are facing Terraria lag. If you are among those unlucky ones then here is a detailed guide to solve your problems.

Terraria, a game that’s just too good to let go off can at times be a pain in the butt for what they call ‘unknown reasons’. Terraria lag being among the common issues leads to many problems in both single and multiplayer modes of the game.

Today, as part of announcing Kill Ping’s support to Terraria we will be covering a wide range of aspects that will help you solve lag in Multiplayer and Singleplayer gameplay. Hopefully, the workaround mentioned below are going to help you get rid of these pesky lag problems. So, without wasting any more of your time, let us get on with the Terraria lag fixes.

One of the main problems that are leading players to lag is the games incompatibility with newer versions of Windows and other operating systems. While there isn’t much we could do for Linux and IOS players, Windows players, however, can follow the steps below to overcome lag due to compatibility issues.

Hopefully, the single player lag that you might have been facing for the game would be removed if the above steps are done properly.

Before we start off, it is first important to make sure that your PC is up to the minimum requirements for the game. And while we hope you do, it is still better to keep an eye so that you aren’t missing something. Not meeting these requirements can lead to some pretty major Terraria lag spikes

How to Reduce Lag in Terraria

Though, Terraria looks like the game even your GrandPa’s Pentium 1 would be able to run; it isn’t that light as it seems. So to make sure that your lag isn’t due to inappropriate game settings set them just like the picture shown below; 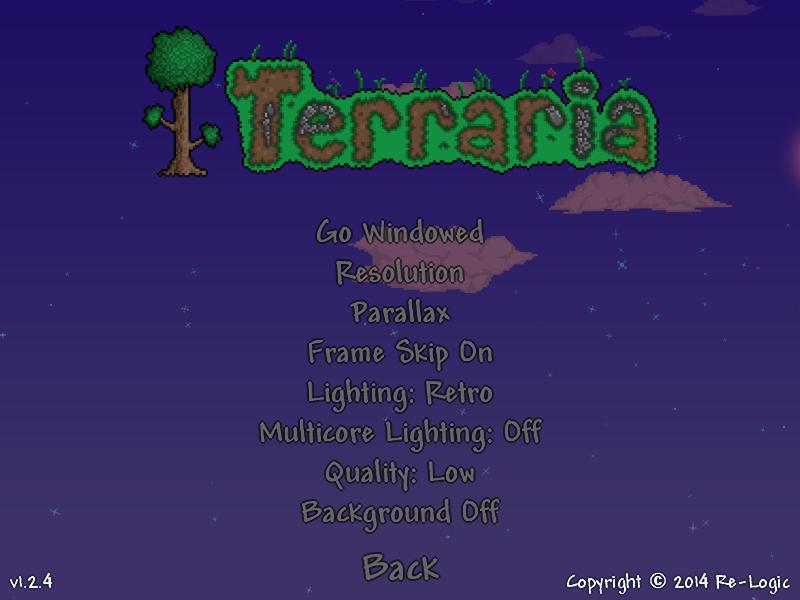 Setting up CPU priority greatly helps reduce Terraria lag and can be down by following the steps given below;

Try playing the game again and hopefully you will be able to see a substantial reduction in Terraria lag.

Since Terraria Multiplayer is based over a player being the host, lag in most cases is due to inappropriate network connections and poor internet conditions leading to lag. Playing Terraria with friends can really be frustrating if the host doesn’t have a suitable connection. At times bad upload speeds cause a delay in gameplay while sometimes the distance between the client and hosts lead to high pings which eventually cause Terraria lag.

The network issues and Multiplayer aspects leading to lag can be best solved if you are playing the game through Kill Ping. Being an application that reduces ping and lag in online games, Kill Ping makes sure that you get the least amount of ping. In the case of Terraria, the traffic congestion problems are solved as Kill Ping provides a dedicated route towards the game server/ target destination with the shortest possible path. A pictorial representation will be better able to show what Kill Ping does in real time scenario. If you have tried the steps mentioned above but multiplayer Terraria lag is the only thing you haven’t been able to solve, then the best advice you can take is try Kill Ping. Kill Ping with its dedicated servers around the globe and smart routing algorithms will be able to provide you with the best possible game experience for Terraria, something you’ve been missing for quite a long time. For more information on Kill Ping and its many features, head on over to the official website.

Try Kill Ping now and see the difference yourself.