Blizzard is gearing up for the upcoming BlizzCon and part of the big event are the in-game goodies that are given out to players attending the event and to those who buy the virtual ticket to the show.

Recently, Blizzard provided a sneak peek of what these bonuses and goodies are going to be.

The details which were posted on the official BlizzCon website reveal that players are going to receive a special BlizzCon-themed Bastion skin in Overwatch along with a Murloc companion for Horde and Alliance players in World of Warcraft. Other than that, players will also receive a 20th Anniversary pet for Diablo III along with a Welcome Inn Card Back for Hearthstone, a Nexus Tiger Mount for Heroes of the Storm and some unannounced, mystery goodies for StarCraft II which are going to be revealed at a later date.

Murlocs, mounts, and more! Your sneak peek at the #BlizzCon in-game goodies has arrived: https://t.co/hvhegwZIz5 pic.twitter.com/KOS3VZnDrl

Going into detail, it must be noted that the Diablo III pet is only claimable on PC and Mac while the Bastion skin for Overwatch can be redeemed on all versions of the game. In order to claim the skin on the PlayStation 4 and the Xbox One version of the game, you need to link your Battle.net account to your PSN or Xbox Live account. You can check out the official support article on how to do that over here.

For those of you who are interested, the BlizzCon virtual ticket is going to set you back $40 but those who are going to be attending the event in person just need to redeem the digital bonuses code that came in with your ticket. Those who are going to attend the event are going to receive a few other goodies as well including a BlizzCon beer stein along with an inflatable Reinhardt hammer. Stay tuned for more updates from the main event which is going to take place on November 4 and 5 this year. 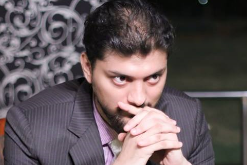